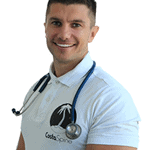 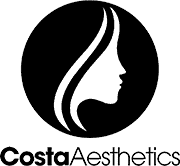 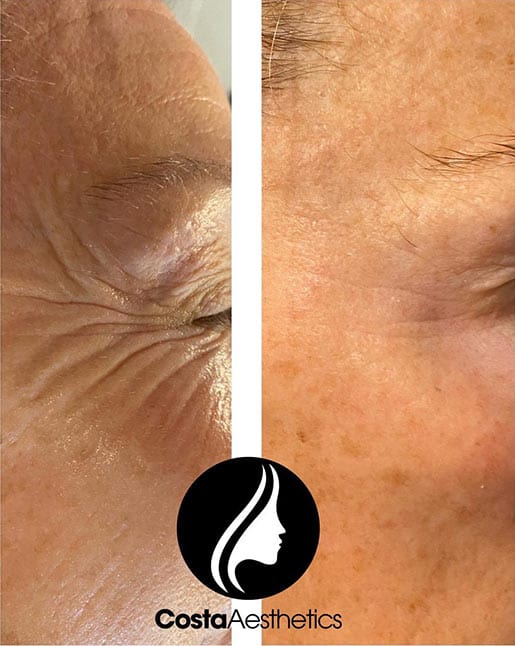 Aesthetics aims to help people feel confident, radiant, glowing and young again. There are so many procedures that are possible to achieve these results. Anything from injections, to no needle, to nice and relaxing treatments.

Book in for a free consultation to learn what’s best for you and how CostaAesthetics can make your feel confident again.

Makes skin appear to be healthier

Our most popular treatments to make the skin appear healthier is Sunekos, Skin House Naked and No Needle Face Threads. Sunekos enables extra Cellular Matrix regeneration in the skin, making it plump and healthy.

Skin House Naked uses micro needles to penetrate special serum to the Dermis layer of the skin to help with collagen and elasticity. No Needle Face Threads Hydrates skin and improves Dermal density.

Book in with a free consultation with Hollie to find out what treatment is best for you.

Tightening of wrinkled or drooping skin

Mesotherapy and Plasma Skin Tightening is the best treatment we do at CostaAesthetics for wrinkles drooping skin.

We can use this device all over the body and face. It’s especially great for sagging eyelids.

Mesotherapy helps improve elasticity, fine lines, collagen (and elasticity). Book in with a free consultation with Hollie to find out what Treatment is best for you.

Unfortunately we can’t stop ageing but we can slow it down, our A-Lift and Dermatude Facial helps slow ageing down and reduce fine lines.

These two are the most natural treatment we do by using Nanocurrent and microneedling. Both work with your skin in the epi-dermis and dermis layer, plumping skin cells, producing collagen and improvising elasticity, leaving skin feeling smooth and looking radiant.

Book in with a free consultation with Hollie to find out what Treatment is best for you.

Prices for All Treatments 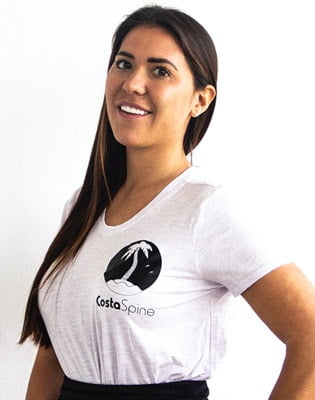 After finishing school Hollie studied accountancy at college and university.  She then completed the ACCA qualification with Ernst and Young Accountancy .  This, however was not her passion as she wanted to do something that she loved – beauty.

In 2010 Hollie completed a nail course and started a beauty business from home. Over the years she studied new treatments including: Lashes, manicures, facials, waxing, tinting, spray tanning and pedicures.  Hollie then opened a salon ‘Bello’ in Southampton offering all of the aforementioned treatments.

In 2014 she furthered her career with permanent make up; where she learned how to create brows, lips and eyes.  In 2015 Hollie trained in Microblading, Micro-shading, A-Lift, Dermatude, Mesotherapy, laser hair removal, Lipo, Skin tightening and plasma.

Hollie also wanted to improve her techniques, so she did a Master Class in lips and brow with Claire Hobson and eyes with Will Anthony in 2015.

Hollie is always trying to improve her skills and to keep up to date with the industry. In 2017 she trained in Dermal Fillers, Muscle Relaxers and PDO Threads with the industries leading training provider AUK. In 2019, Hollie trained in Sunekos, Profile, B12 injections, Hyalorun Pen, Dermaplaning, LED Therapy and Microneedling.

Also in 2019 Hollie, her husband and two children moved to Marbella to give her family the best possible outdoor lifestyle which has always been a dream and something that she has worked hard to achieve.

Hollie is so excited to bring the best and newest treatments on the market to the Costa Del Sol.

It’s fantastic for all-round healthy skin, delivering energy into the skin’s cells to boost collagen, elastin and hyaluronic acid.
It hydrates and plumps the skin leaving your clients with a lovely glow and even skin tone, and is fantastic for those with more problematic or sensitive skin, correcting irregularities, such as eczema, psoriasis and acne.

Stimulates the collagen and elastin, a scalpel is used to gently scrape the surface of the epidermis and lift away unwanted dead cells, oils and hair. Skin is left glowing, soft and smooth for 2-4 weeks

Penetrates a certain depth to allow a specially selected serum to pass through the lipid barrier and into the lower of the epidermis and dermis. The micro massaging of the needle stimulates blood flow to the area. This in turn stimulates new collagen and elastin fibres and strengthens the extra cellular matrix of the skin

It’s a natural and completely non-invasive beauty treatment for all ages, skin types, and skin tones 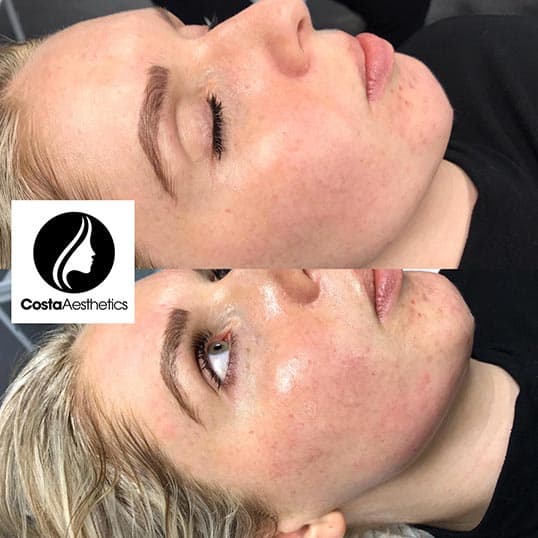 Fraxin™ is a 100% plant based, herbal remedy for defeating age related wrinkles, it is vegan and halal friendly and it works within 3 hours. It has only two ingredients, both of which are extracted directly from plants. These are Spilanthol (Paracress) and Toosendanin (Melia Toosendan). Results have been proven to last up until 16 weeks. Can be administered using Mesotherapy, Needles and Hyaluron Pen 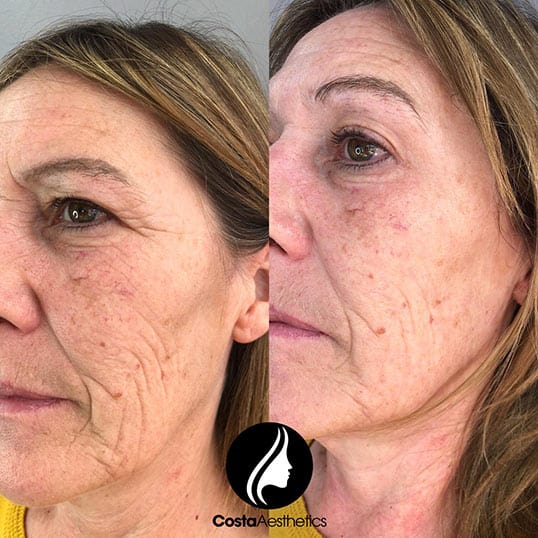 Will increase the permeability of the membrane of the fat cell, then it will start to expand the fat cell until it breaks. The broken down fat cell is drained through the Lymphatic System through to your liver and kidneys and excreted.

Increases the permeability of the membrane

Fat cell expands until it breaks 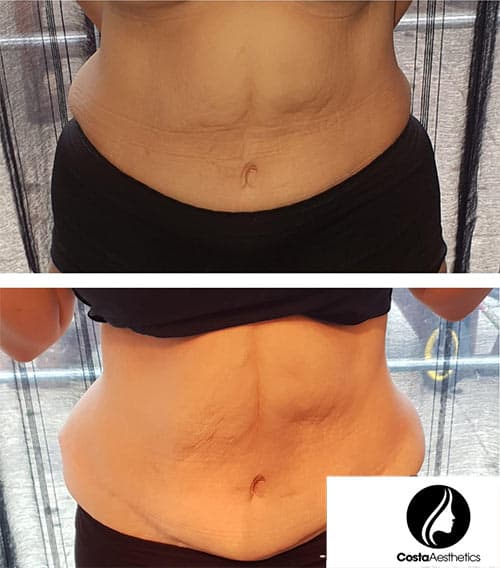 Broken down fat cell is drained by Lymphatic system

Excreted through your liver and kidneys


Enabling extra Cellular Matrix regeneration

Treat and prevent skin aging & elastosis

Reduce expression lines and thin wrinkles

Perfect to reduce Dark Circles and Bags

LIFTING and VOLUMIZING EFFECT

Results can last for up to 6 months
Can be used on any kind of dermis and in different parts of the body as: face, neck, décolleté and hands and results can last for up to 6 months before repeating the procedure 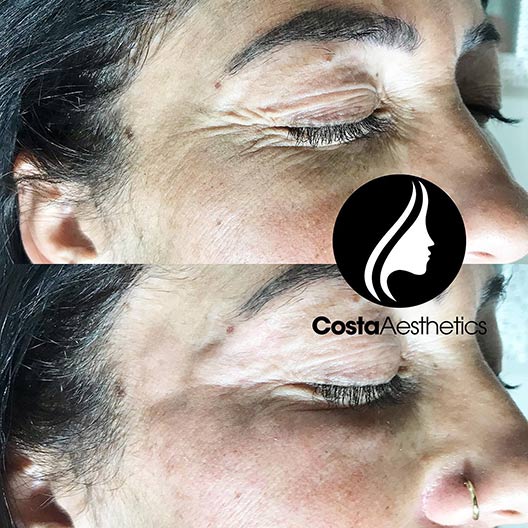 No- Needle Filler is ideal for those who feel uncomfortable or frightened by the idea of injections. The process of having fillers can now be gentle and unobtrusive compared to traditional needles.
European technique
With our European technique of No-Needle Filler, it is injected with a pressurized pen. This treatment is gentle and delivers instant results, it is similar to having a Hyrdafacial. The pen uses pressurized air and thus is able to penetrate right down to the Dermis for an instant long-lasting plumping effect. The Filler Pen sprays an even layer of Filler beneath the skin surface.

No pain, unnecessary trauma and swelling of the skin

No downtime, you can go back to your daily activity right away and don’t have to worry about being lumpy and red for the day or week

The results are instant and long-lasting. 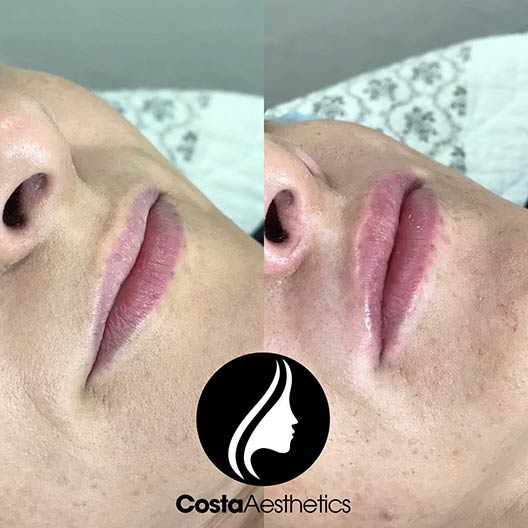 Please contact us if you have any questions about our prices.

Ready to discuss your beauty treatment?

We will be happy to discuss your beauty requirements. Click the button below to get in touch.