Whiplash and its Hidden Dangers 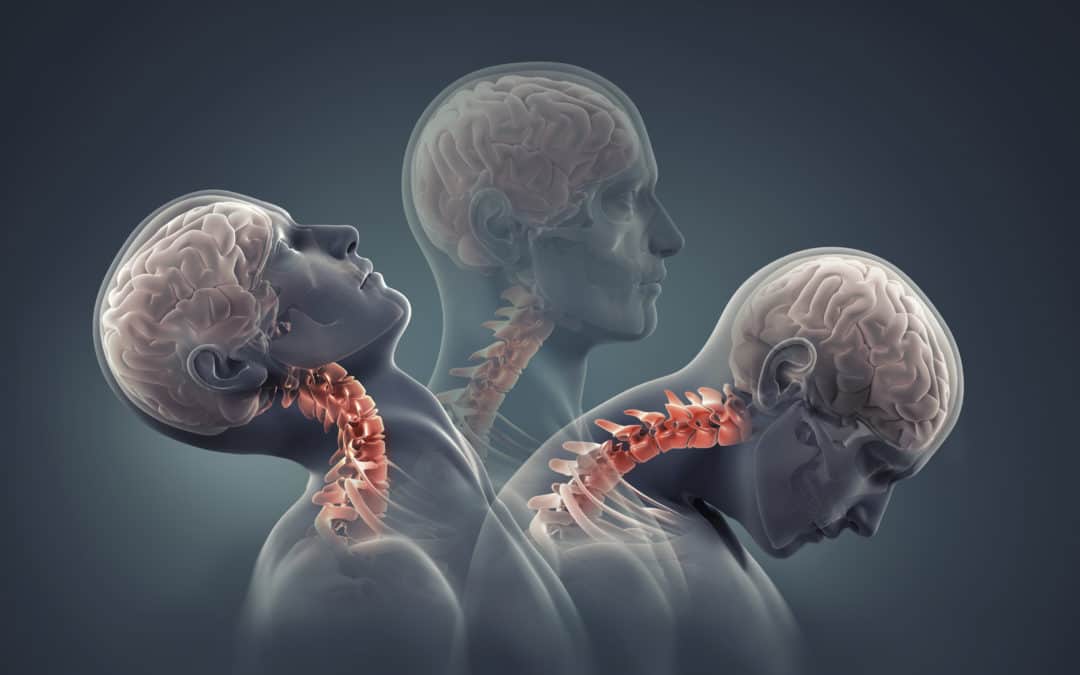 Whiplash is a non-medical term describing a wide variety of injuries to the neck caused when the neck is violently thrusted in one direction and then another, creating a whip-like movement. These type of injuries are most commonly experienced by people who are involved in car vehicle accidents, but also not limited from falls, sports injuries, work injuries, and other incidents.

Whiplash injuries most often result in sprain-strain of the Cervical spine (neck). Most commonly the ligaments that help support, protect, and restrict excessive movements of the vertebrae are torn, which is called a sprain. The joints in the back of the spine, called the facet joints, are covered by ligaments called facet capsules, which seem to be particularly susceptible to whiplash injury. The discs between the vertebrae, which are essentially ligaments, can be torn, potentially causing a disc herniation

Furthermore the muscles and tendons are strained—stretched beyond their normal limits, which causes the muscle to tear. The nerve roots between the vertebrae may also be stretched and become inflamed. Even though it is very rare, vertebrae can be fractured and/or dislocated in a whiplash injury.

Stiffness and pain of the neck are the most common symptoms of a whiplash accident. Symptoms may also commonly be seen in the front and back of the neck. Turning the head often makes the pain and discomfort worse. Headache, predominately at the base of the skull, is also a common symptom, seen in more than two thirds of patients. These headaches may be one-sided (unilateral) or experienced on both sides (bilateral). In addition, the pain and stiffness may extend down into the shoulders and arms, upper back, and even the upper chest.

Following the musculoskeletal symptoms, a few patients also experience: nausea; blurred vision; dizziness and difficulty swallowing. While these symptoms are disconcerting, in most instances they disappear within a very short period of time. However if they continue, it is incredibly important to inform your doctor that they are not resolving. Vertigo (the sensation of the room spinning) and ringing in the ears may also be seen. Some unusual symptoms patients complain about are: irritability, fatigue, and difficulty concentrating. These symptoms are usually the first to disappear after a whiplash injury.

Another important and interesting aspect of whiplash is that the signs and symptoms often do not develop until 2 to 48 hours after the injury. The other big factor is the long term damage whiplash injuries cause and that is often due to disc injuries. These symptoms can normally present months or even years after the initial motor vehicle accident.

An important aspect of whiplash management is for the patient to stay active, unless there is some serious injury that requires immobilization. Patients should not be afraid to move and be active, within reason. In addition, your doctor will often prescribe an exercise program. It is particularly important to follow this program as prescribed, so that you can achieve the best long-term benefits.

Ice and/or heat are often used to help control pain and reduce the muscle spasm that results from whiplash injuries. Other physical therapy modalities, such as electrical stimulation; ultrasound; ischaemic compression (soft tissue) and or dry needling, may provide some short-term relief. Spinal manipulation but more commonly mobilization techniques is the best initial treatment modality provided by a Chiropractor to treat whiplash.

If you have any signs or symptoms which have been mentioned in the above article please feel free to contact us on info@costaspine.com for a free spinal screening.

Well done! You have been subscribed! Expect and update soon!

You wont regret it!